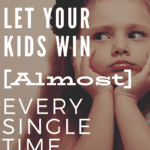 If I wanted to be frequently immersed in grueling battles, I would have joined the armed forces.

If I wanted to spend a large portion of my day engaging in drawn-out negotiations, I would have went into law enforcement.

If I wanted to continually chase down wild rascals that refuse to respond to simple commands such as “Stop!” and “Sit!”, then I would have applied to be a dog catcher.

Ironically, even though I enjoy none of these things, I still became a parent.

Parenting is like a eating an orange. The fruit being the sweet, wonderful joys of parenting, and the peel being the constant battles that always cover and surround the happy moments.

No doubts, those happy moments are there; you just have to dig through a layer of temper tantrums to find them.

It is no surprise that temper tantrums are as common as oxygen. According to the American Academy of Pediatrics (AAP), they are a normal part of growing up. Children are learning about emotions, and can easily become frustrated as they try to communicate their feelings, wants, and needs.

If it isn’t obvious, the AAP recommends that if your child is having a temper tantrum, you should never give into their demands. Unfortunately, this isn’t always so easy.

I have a confession. I HAVE given into the demands of my three children to avoid a battle. I HAVE let my 3 year old eat fruit snacks for dinner. I HAVE bought my kids candy bars in the grocery store check out line. I HAVE let them stay up late on school nights because they “aren’t tired”.

To survive the chaos of parenting, it is important to be realistic and pick your battles. Of course, bring your biggest defenses to the battles that involve things such as:

With that said, there are three battles that I almost always let my kids win, and, since I am a nerd who likes research studies, the data to back it up.

Like most strong-willed kids, my children do everything in their power to delay bedtime. We eventually work through all of the obstacles they throw my way (they are no longer thirsty, we read 3 books, and they already went to the bathroom). Often, their last remaining fight is that they want me to lay with them.

Initially, I tried to put on my best military-mom-hat and give strict orders that I have plenty to do and they must go to bed at once.

However, this is not a battle that I truly want to fight. As parents, our “to-do” list can wait. Our children will only want our cuddles for a short time.

Studies, like this one, have repeatedly shown that closeness and attachment to parents has positive outcomes on the development of children. Snuggling and cuddling releases “feel good” chemicals that decrease stress hormones in parents and improve cognition and development in children.

I secretly enjoy raising a white flag to the “lay with me” battle, as I cuddle up close with my tiny negotiators.

2) The “Stop What You are Doing and Play With Me!” Battle

Occasionally, my children demand that I stop what I am doing and play with them. I use to plead with them and explain that I have to do the laundry so that I can get dinner started, and so on. They would stare at me with an expression that simply said, “Shut your mouth and stop making excuses”.

For now, while they are young, I will surrender to their orders and graciously join them. My children won’t always flat-out ask for my attention.

Even quick bursts of one-on-one attention, including simply sitting on the floor and playing has been shown to reduce stress, prevent burnout, and aid in childhood development.

I don’t usually have hours to spend playing Barbies and super-heroes, but even if it is only for 10 or 15 minutes, I will succumb to their command.

3) The Play vs. Relax Debate

All three of my children seem to have super-charged energy levels. They all stopped napping around 18 months old. They only are interested in technology if they are tired. Also, if it isn’t frigid temperatures or a downpour of rain, they want to be outside.

As much as I admire their love for life, it can be incredibly exhausting to keep up with them. I used to try to fight them to rest, watch TV, or stay inside.

Overtime, that proved to be an unconquerable battle. They want to be outside. They have strong urges to get dirty, build forts, and jump out of trees.

Once I followed them outdoors, I realized they were actually on the winning side of the debate.

I am not always a push over. I stand my ground if my children are engaging in unsafe, disrespectful, or rude behaviors. However, my goal is to win the war, not the battle. I want to raise polite, loving children with strong principals.

Even though they are “winning” the above three battles, in reality this momma has it all under control.

If you think you little one is strong willed, read 5 Ways to Support Your Strong-Willed Child. Or if you think there is a layer of anxiety to is, read 5 TIme I Missed My Kid’s Anxiety Symptoms.

Do you have other battles that you secretly let your kids win? I’d love to hear about it in the comments below!

This is great advice! I am very much a "pick your battles" mom too. Thank you for sharing the scientific base behind these priorities!

Love this article!!! I always let my girl win the battle of "May I please have some fruit?", even if the dinner is about to be served. And I Iet her sleep with me even though she's 9 now. Highly recommend "The Book You wish your Parents read..." it explains a lot about everyday struggles of every mum and child. I would much rather have a happy child than be what society perceives as a "good parent". So many "good parents" out there jump to judgement... What's the use of it?!

Thank you so much for the comment and the book reference. I will check it out for sure! It sounds like you and I have very similar parenting styles!

Yes to all this!! 😊❤️ I lay down with my 3 year old at bedtime every night and it’s the best part of my day. One day I know he won’t want me in there with him anymore so I cherish the snuggles.

My daughter is 3. The battles we have are so different. Sometimes I wonder if there is something wrong. She must wear a dress with everything everyday or she screams for hours. Most of the dresses are ugly but she loves them. What should I do?

This has been a lovely read, and it is so true. My 18 month old is certainly testing me lately with wanting attention right when I need to make dinner and he just wants to be held. Trying to pick my battles carefully.

When talking about the weather you reminded be of the book I have been wanting to read called "No Such Thing As bad Weather" by a Swedish Author. It goes along with the Swedish saying of "No such thing as bad weather, just bad clothing". I love when my kiddo goes outside, he seems to stay self entertained for so much longer in his explorations. Though in Australia with fires, smoke, and heat lately that has been a bit tricky.

I absolutely love that quote that there's no such thing as bad weather just bad clothing. Thank you so much for sharing that!