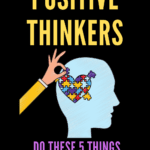 The scenario is simple, but the outcome is very different.

You have two children on the same soccer team: Terry Temper and Sammy Smiley. They are giving it their all in the championship game. The score is tied in the last quarter of the game.

Terry Temper and Sammy Smiley get a break away, and the entire team erupts into supportive cheers. The ball is fluidly moving between each of them as they make their way closer to the other goal. The championship trophy is practically in their hands.

Suddenly, a large defensive player on the other team steals the ball off the boys, and sends it down the field. It lands right at the foot of the other team’s star player, who strikes the ball right into Terry and Sammy’s goal.

The buzzer goes off, and just like that the game is over. Terry and Sammy lost the game.

Terry Temper sulks his way to the bench. He kicks his water bottle, shuts out the coach, and vows to quit soccer.

Sammy Smiley is disappointed, but she is proud of her team’s efforts. She listens to her coaches advice and will show up the next day to practice to work extra hard.

Whether in sports, school, and life in general, we all know a Sammy and we all for sure know a Terry.

Building an Environment for Positivity

If we want to raise kids who can face this big, unpredictable world, we need to wire their growing minds for positivity.

I am not talking about bringing your child skydiving, but slightly risky behavior has been proven to teach kids confidence and empathy, as well as increased their emotional intelligence.

Allow your child to climb a tree, roll down a hill, or play rough with other kids.

Learning to tackle and overcome difficult situations builds a positive self image in children.

Related: The Dying Art of Letting Kids be Kids.

2) Resist the Urge to Live Through Your Kids

If your child doesn’t get an A in math, it doesn’t mean that you are a lousy parent.

If your child doesn’t become a starter on the basketball team, it doesn’t reflect negatively on your involvement as a parent.

Too often, parents feel pressure to give children opportunities that they did not have. They feel that if their children doesn’t succeed, it reflects on the quality of parenting. This added pressure is passed on to children, and can result in frustration and negativity.

Looking for tips to help a kid after a bad day – Start here!

3) Be a Positive Role Model

Be open with your child about things going on in your own life.

Show them that you make mistakes and face obstacles. Talk to them about how you stayed positive and faced your challenges.

The way we talk to our children becomes their internal voice.

Instead of trying to verbally whip our children into shape, try this approach:

Take the time to listen to your children and empathize with their feelings. Then, try to help them figure out what they can do to solve the problem.

If your child does poorly on a test, instead of lecturing them, tell them “I understand you feel frustrated. What do you think you can do next time to prepare better?”.

5) Teach them to Label Emotions

Growing evidence suggests that it is difficult to identify and label the variety of emotions we experience at any given time.

In fact, in one poll 60 percent of interviewed college students said they did not feel emotionally prepared to deal with negative feelings such as anxiety and disappointment.

You may hear a child express that their ‘belly hurts’ when they are anxious. Or if you ask how their day was they may answer with “good” or “fine”. Encourage them to really express how they are feeling. Commonly ask things like:

You can model this behavior for them by commonly speaking about your feelings.

Teaching them to talk about their emotions will help wire their brains to understand their own queues.

Related: 5 Ways to Wire Your Kid’s Brain for Happiness

Parents can build a positive home, with a stable foundation of resiliency that is grouted with love, with these 5 effective method.

Make it a priority to raise kids who are positive thinkers. Kids who can face all the unpredictable curve balls this world will undoubtedly throw their way.

[…] You may also like: Encourage positive behavior with these positive parenting tips […]

Positivity is so important and it’s especially important to be that positive role model for your children. Thanks for sharing!

Being a positive role model that they can follow and also banishing any negative language is so important. Thanks for sharing.

Sounds pretty healthy and sustainable! Also, we can apply this to adults, right?